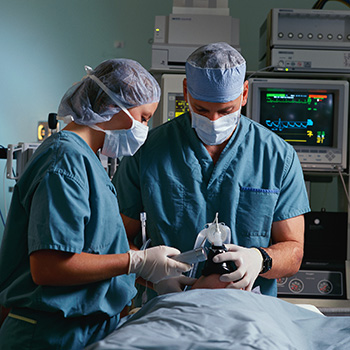 The Clinical Team Training (CTT) program creates an opportunity to improve patient safety and reduce the risk of patient harm by facilitating clear and timely communication through collaborative teamwork in the clinical workplace.

CRM was implemented by the airline industry in the early 1980s after a series of highly publicized accidents resulted not from mechanical malfunctions, but from poor communication and team decision making. Today, the airlines enjoy an exemplary safety record, due in large part to the implementation and sustainment of CRM methodologies.

Problems in health care are not unlike the problems that plagued the airlines decades ago. For instance, communication failure is a leading source of adverse events in health care. “Insufficient communication” was the most frequently cited root cause of the nearly 3,000 sentinel events reported to the Joint Commission between 1995 and 2004.

Joint Commission statistics*† (2004-2013) indicate that approximately 70 percent of the time communication failures continue to be cited as a major root cause in reported sentinel events.

CTT has demonstrated effectiveness in the clinical environment. A VA study conducted in 2010 and published in Journal of the American Medical Association found a significant decrease in the annual surgical mortality rate in groups trained in CTT methods, as opposed to untrained groups.

The 74 facilities in the training program experienced an 18 percent reduction in annual mortality compared with a 7 percent decrease among the 34 facilities that had not yet undergone training. It was also noted that the longer these methods had been practiced at a medical facility, the greater the decrease in mortality.

Two other studies published in the Archives of Surgery in 2011 showed further positive results from the use of CTT methods, such as a significant decrease in the rate of adverse events and the severity of those events in the operating room.

*By clicking on these links, you will leave the Department of Veterans Affairs Web site.

†VA does not endorse and is not responsible for the content of the linked Web site.

Get help from Veterans Crisis Line

If you are in crisis or having thoughts of suicide, visit VeteransCrisisLine.net for more resources.